Often times when capturing an image I have it in my mind whether the final image will be presented in colour or black & white.  Some subjects just lend themselves to one or the other.

A successful colour image needs in my mind to be added to by being in colour – be they vibrant or muted colours the colour has to add something to the image, if it doesn’t you have to ask is there any reason for it being there.

I was attracted to this view by the nice lead-in line that the curving track makes toward the central dip in the volcanic scenery but also by the patterns/textures in the relic fields made by the numerous stone walls.  The building storm clouds and the bright blue sky provided a strong colour counter balance to the orange of the landscape especially as blue and orange are opponents on the colour wheel but also very strong contrast in their own element of the scene.

So there are strong elements in favour of this image being presented in either colour or black & white – so here are both. 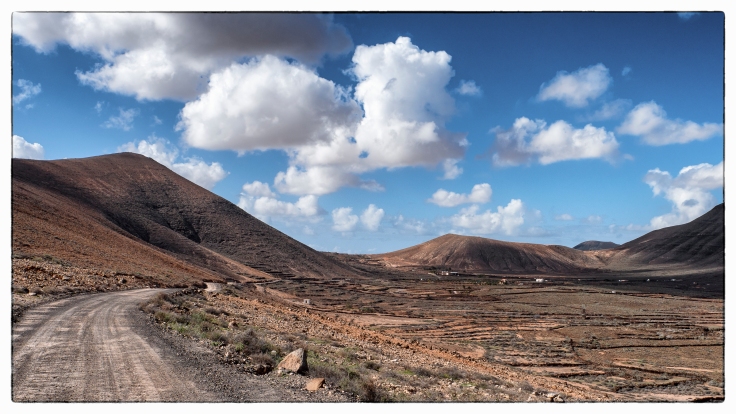 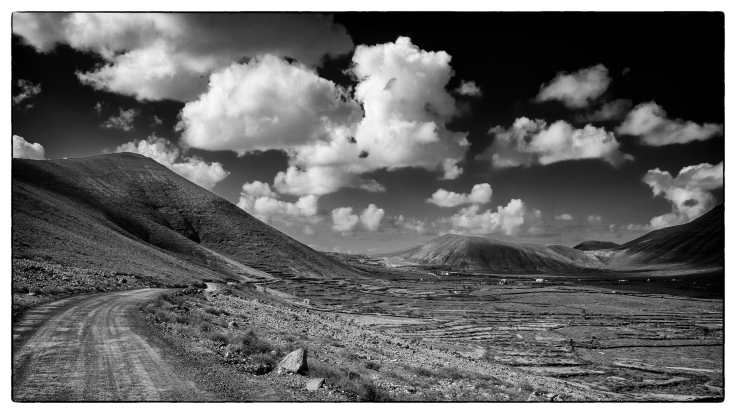 For me the stronger image is the black & white – why ? well because of the colour blue in the image which when hit with a red filter cannot fail to deliver a powerfull and evocative sky. And for that reason I rather like this merge of the two with the black & white image fadding down into the colour – not something I have done before but I like it ! 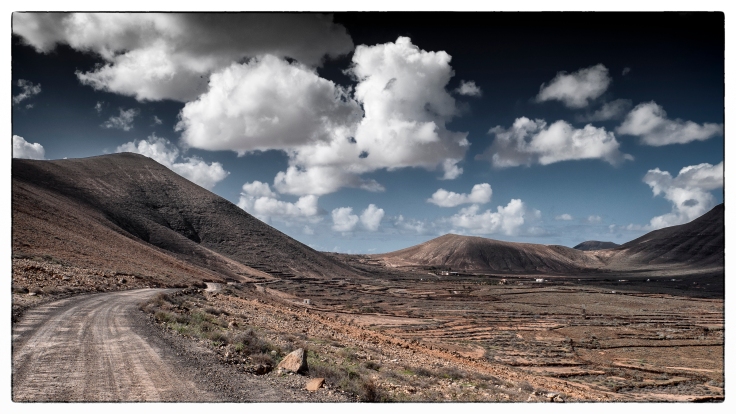