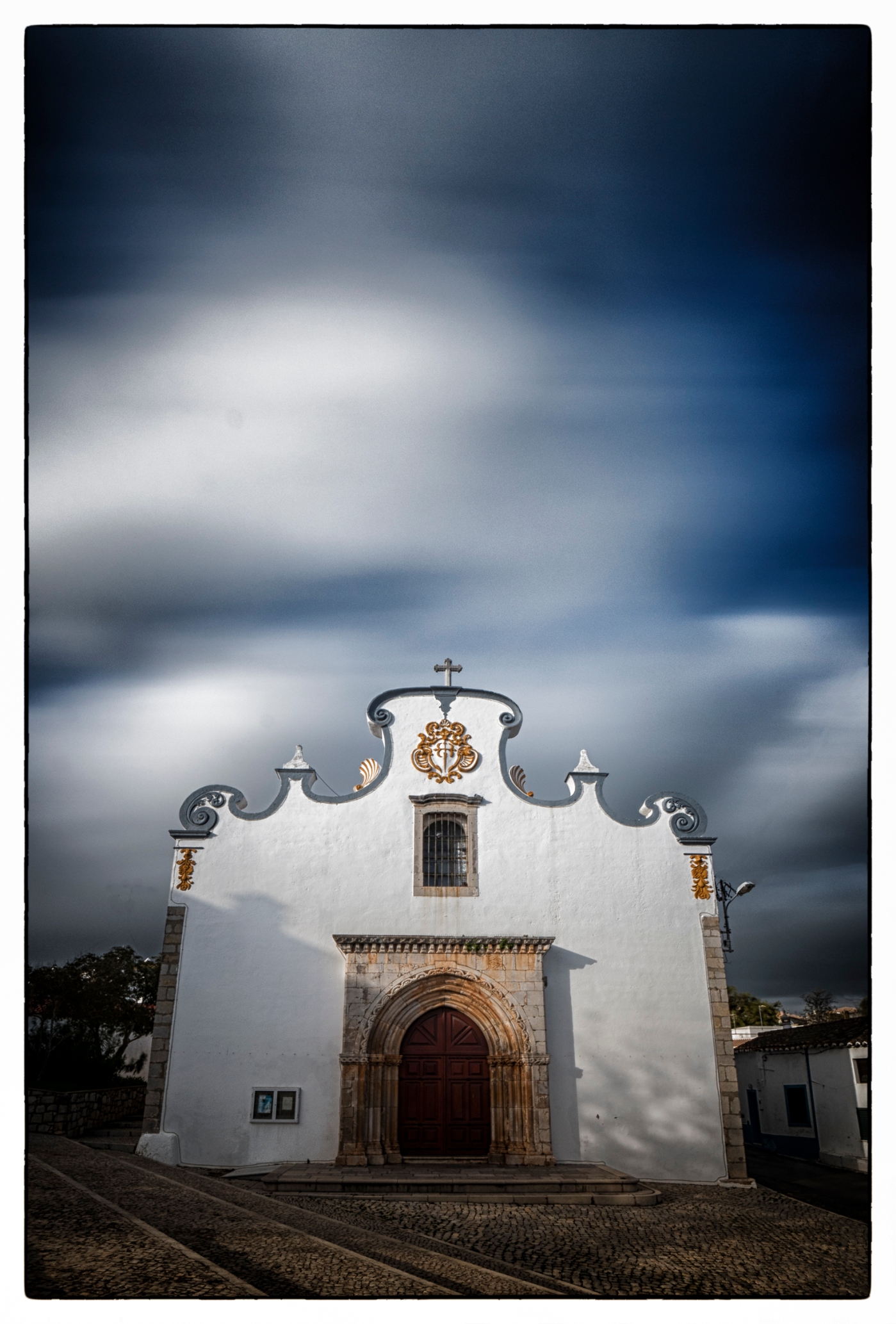 I have been wanting to photograph the little church in Conceição for a while and had in mind a long exposure with clouds scudding over and today, once it stopped Chuva(ing), I decided to give it a go – and tricky it proved to be.

Firstly in order to capture the sky as I wanted a very wide angle was going to be required and unfortunately even at 8mm (16mm FF equiv) and go going up the steps opposite the church it was impossible to avoid titling the lens upward which of course means converging verticals.

Secondly un-noticed by me previously the church is covered with the most hideous telegraph and power lines which are impossible to avoid in any sensible composition.

Thirdly the weather didn’t really play ball in that the wind decided to pick-up and in so doing appeared determined to blow my tripod over.

So after alot of messing around and duff shots I eventually managed to capture a couple of half decent shots – both using the Lee Big Stopper and with exposures of 15-25 seconds.

Now in the past I have fairly easily removed power lines in post with either Lightroom and/or Photoshop, with these two images it has however proved really difficult even with Photoshops normally reliable content-aware spot healing tool, so the results are to say the least iffy.

As always click on the images to see them bigger but don’t look to close !