Fort Boyard is a fort located between the Île-d’Aix and the Île d’Oléron in the Pertuis d’Antioche straits, on the west coast of France. Though a fort on Boyard bank was suggested as early as the 17th century, it was not until the 1800s under Napoleon Bonaparte that work began. Building started in 1801 and was completed in 1857.

Fort Boyard is oval-shaped, 68 metres long and 31 metres wide. The walls were built 20 metres high. At the centre is a yard, and the ground floor provided stores and quarters for the men and officers. The floor above contained casemates for the emplacements of guns and further quarters. Above that were facilities for barbette guns and mortars. 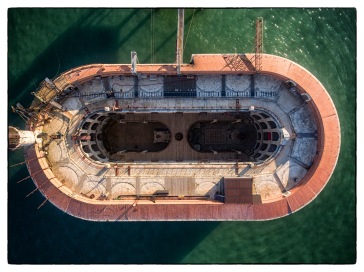 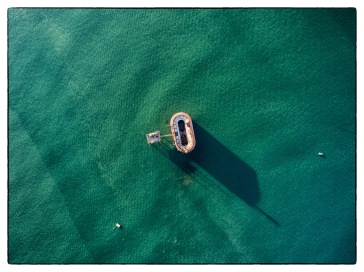 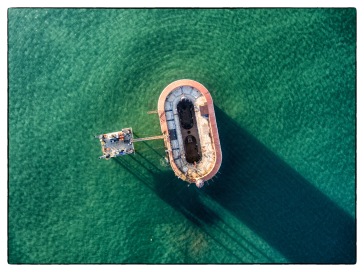 After 1871, Fort Boyard was briefly used as a military prison, before being abandoned in 1913 after which the fort slowly crumbled and deteriorated into the sea as it was left unmaintained. In 1950 it was made a listed building, and in 1961 was sold to Charente Maritime Regional Council. More recently the Fort has been the filming location of both the French and international versions of the TV gameshow of the same name. 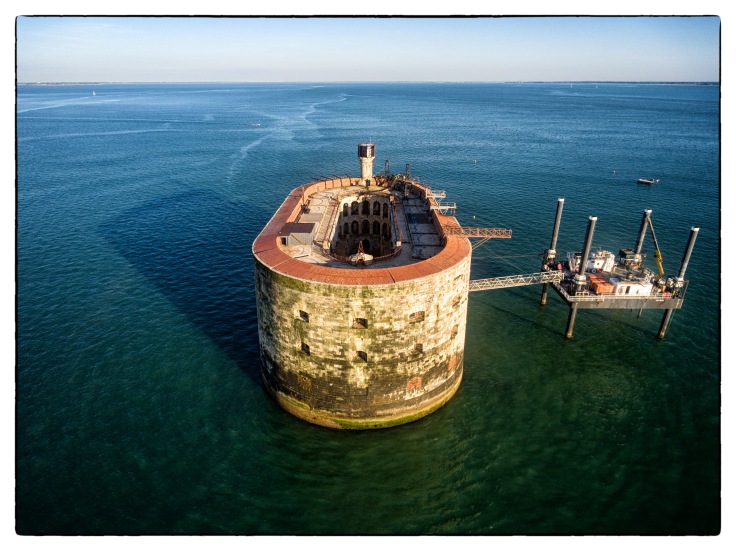 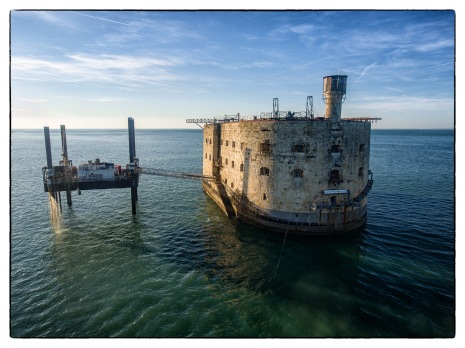 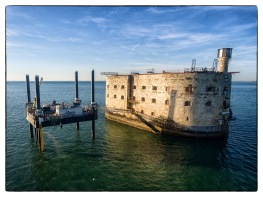 The fort lies approximately 2.5 km from the nearest point on Île d’Oléron and thus can only realistically be photographed from a boat or from the air.  I therefore decided one calm evening to launch my drone (DJI Phantom 4) and take some aerial images – the images here are taken at a range of altitudes up to about 100 metres.

Also quite an interesting view back over virtually the whole of Oleron.