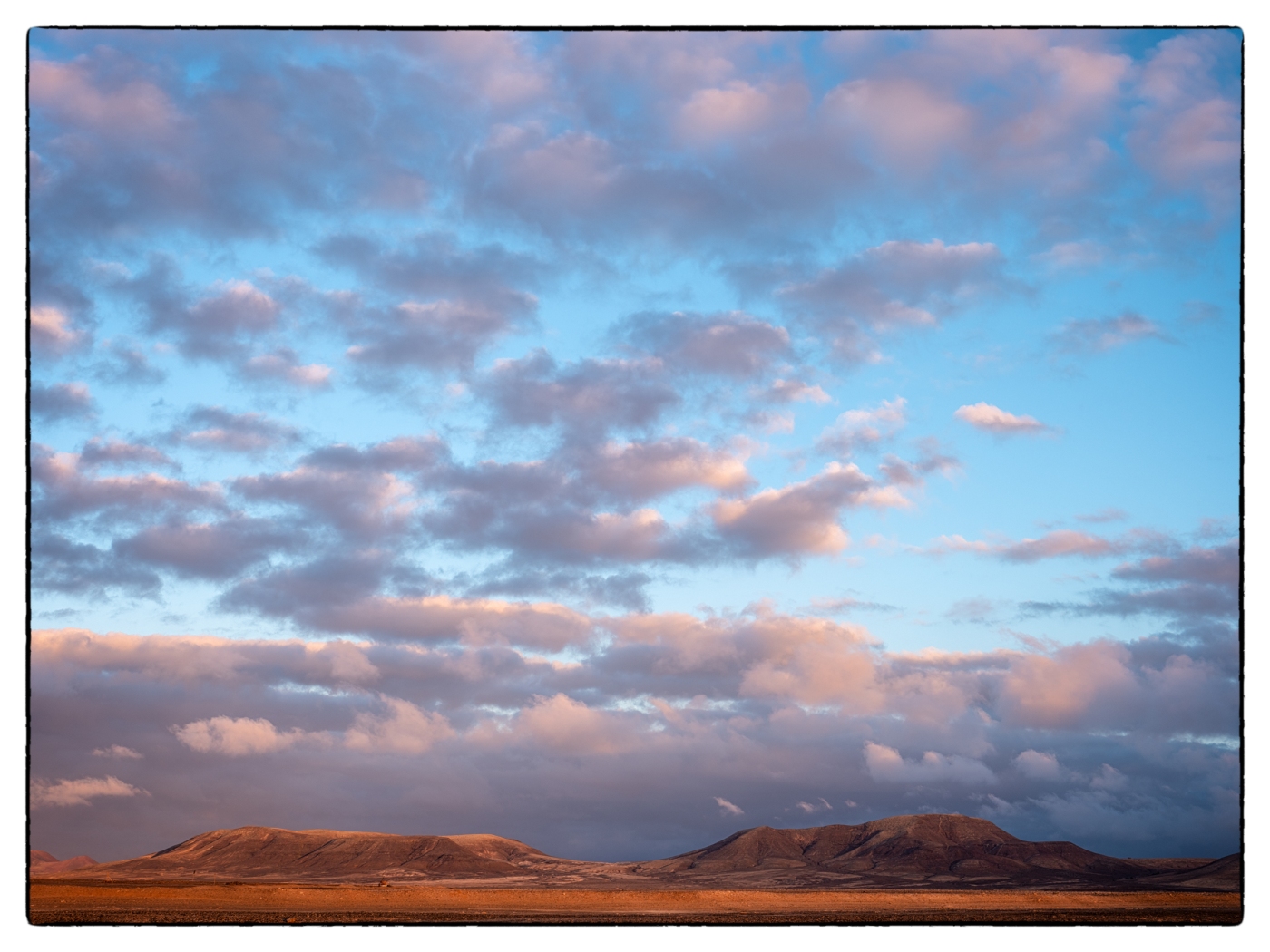 It was all looking so promising.

Good sunsets have been a rare thing of late in Fuerteventura – the photographers curse of cloud on the horizon has been an all to frequent phenomenon over recent weeks.  But this evening looked promising for a decent El Cotillo show, cloud was moving down from the north giving some nice broken cloud over the island but the sky to the west over the Atlantic was clear so it looked good for the sun getting under the island cloud and thus giving that much desired fiery show.

It was all looking good until about 20 minutes before sunset when once again what looked like a front moved in and obscured the horizon, once again denying the best colour.

Having set up for a classic coastal shot that was barely working I made sure to turn around to check the light over the island and sure enough it gave a better shot – not exactly fiery but an interesting skyscape non the less.

And the coastal shot – this time best at normal resolution due to the moving water.

As always click on the images to see them larger. 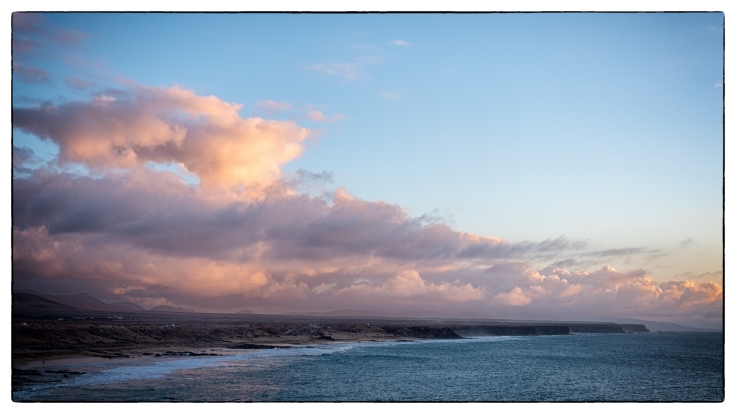